Tony and Anne have known each other for over 30 years. They were both in the service together as young people. They both work at Afford in Ingleburn.

Anne eventually left the service when she met and married Tom Franklin. He was a bus driver for busways. Anne remained working at Afford during their marriage. Anne and Tom were married for over 20 years until Tom sadly passed away. Macarthur Accommodation system went to help Anne after Tom’s passing. Anne then rejoined Macarthur Accommodation System.

Anne and Tony rekindled their friendship once Anne rejoined the service and about 12 months later, they got very serious about their feelings for one another. Until, in January 2016, on a supported cruise (with other residents and staff from Macarthur Accommodation System)  Tony asked Anne to Marry him. And of course, she said YES.

On the 10/03/2017 Anne and Tony were married in a beautiful, intimate ceremony at Ruse Catholic Church attended by their family and friends. This was then followed by a reception at Campbelltown Golf Club. The day was filled with love, laughter and everyone expressing how happy they were for the couple.

They enjoyed a short cruise for their honeymoon and in may went on a supported holiday to the USA for 23 days. They had so much time on this holiday, spending quality time together as husband and wife, but also enjoying the company of other residents and staff.

Tony and Anne now live in a Granny Flat in  Blackbutt AV in Bradbury. They frequently go to football games, concerts, musicals and other events planned by MacArthur Accommodation System. They enjoy spending time with their family and continue to work at Afford Ingleburn. 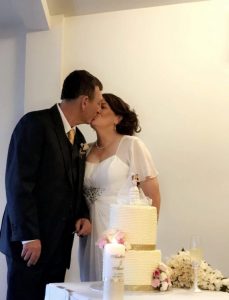 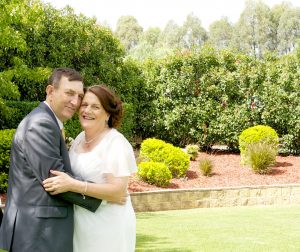